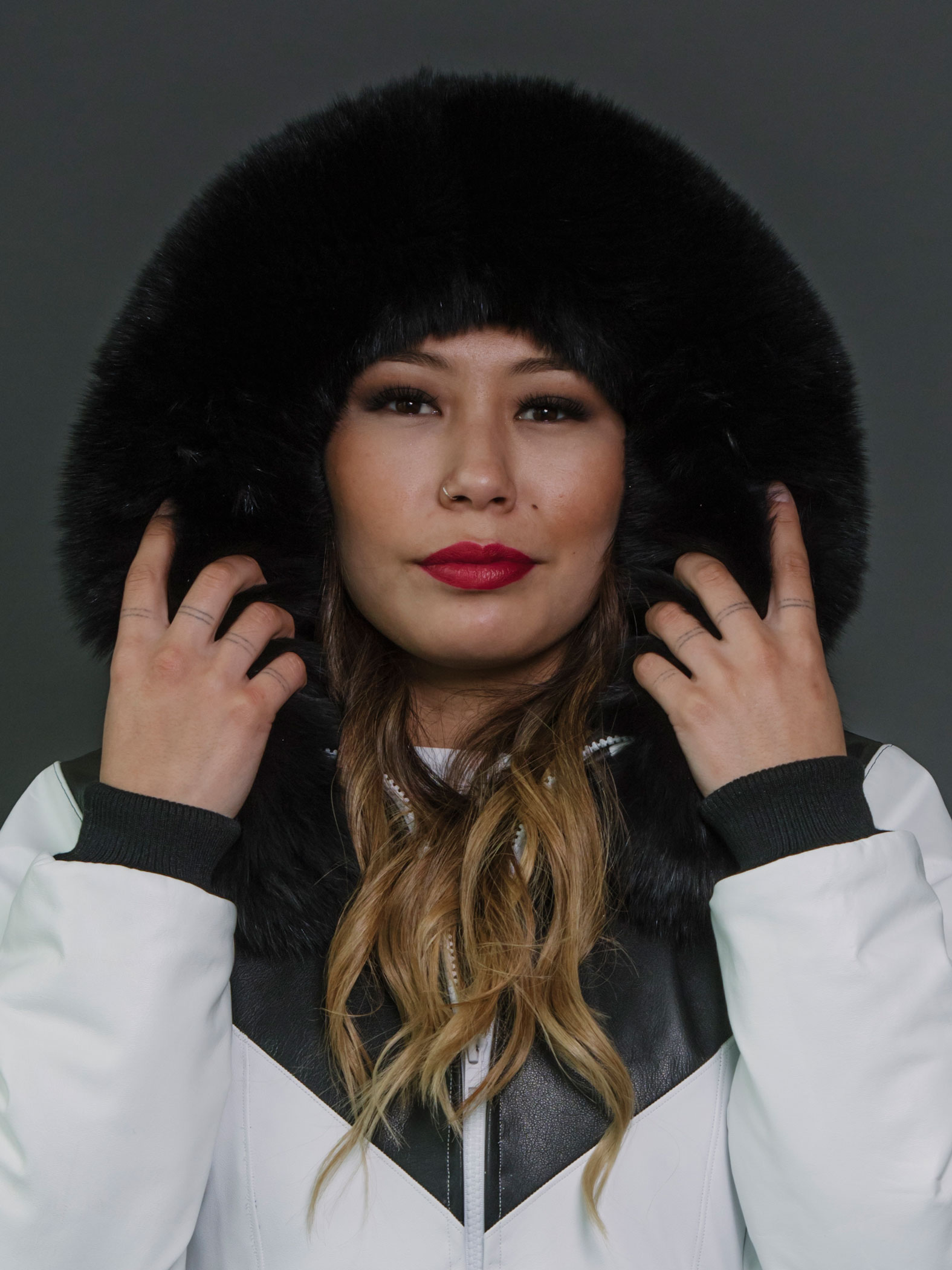 May Ningeongan is an Inuk fashion designer from Salliq (Coral Harbour), Nunavut. Sewing has a long history among Inuit; the tools and techniques have been passed from on generation to the next.  May is committed to keeping Inuit sewing traditions alive through the design and production of garments that marry the traditional with the modern. May specializes in the creation of sealskin and leather garments, including parkas, dresses, atigi (special occasion shirts), vests, blazers, and kamiit (traditional Inuit boots).

Along with her mother, Elizabeth Ningeongan, an accomplished and well-known seamstress, May owns and operates Ujaraatsiaq’s Garments, an upscale fashion boutique.  Ujaraatsiaq is May’s Inuktitut name; she was named after her grandmother, Annie Eetuk.  In December 2019, the launch of the Ujaraatsiaq’s Garments Facebook page caught the attention of the Royal Bank of Canada, which has committed to assisting May and Elizabeth with promotional efforts. 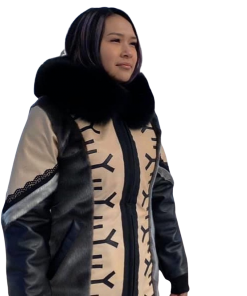 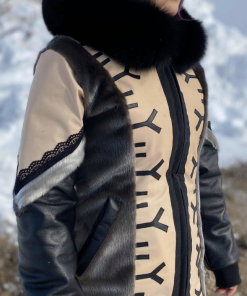 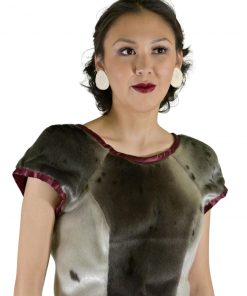 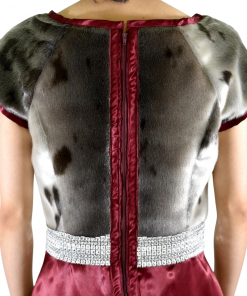