Canadian Inuit and other Indigenous communities have a deep sealing tradition. Seals have long provided a consistent source of densely nutritious meat. The pelts are used for clothing and shelter. Seal oil is consumed and used a source of fuel and light. The seal hunt was and is a cultural cornerstone for many residents of Northern Canada. In fact, the very existence of Inuit in the Arctic is grounded on their relationship with seals.

It’s no wonder the term “People of the Seal” was coined.

It is important to know that although many of the cultural and social traditions stretch back hundreds, if not thousands, of years, they are still important today. Not just as a nod to the past—but as a vital part of modern Northern life.

Today, the practice of hunting ensures a continued connection to the land. With this connection comes ecological knowledge, a respect for the natural world, and a drive for conservation and the sustainable use of natural resources. 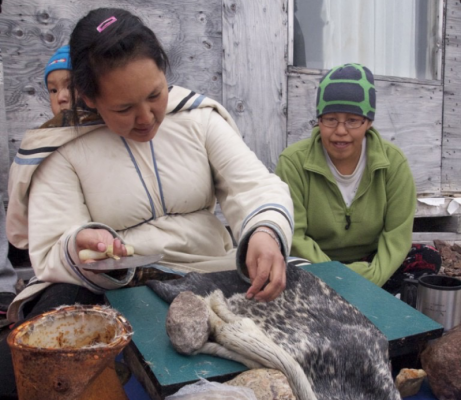 Traditionally, males take part in the seal hunt, and the women most often lead the extensive post-hunt work, preparing meat for food, and the pelt for a multitude of uses. Culture, language and tradition are shared between generations and throughout the community with these tasks.

The current use of seal is very similar to the traditions of the past. As always, nearly all parts of the seal are consumed.  Seal meat is boiled, broiled, steamed, roasted, smoked, dried fermented, aged, raw-fresh, raw-frozen, and, more recently, fried.  The importance of seal meat cannot be understated: in Canada’s north, where food insecurity is a pressing issue and store-bought meat is expensive, a single seal can provide the equivalent of $200 or more worth of meat to a family—and a much higher level of nutrition.

Seal oil was used as fuel in lamps (qulliq) for light, heat and cooking and for medicinal uses as skin cream, and as a natural source of vitamins C and D. It is a superior source of high-quality omega-3 fatty acids. Bones had and have many uses, from tool making to play pieces in traditional games. Pelts were processed and used clothing, shelter, kayaks and hunting tools (such as hunting bladders or floats, making rope, qammaq covers). The list goes on. 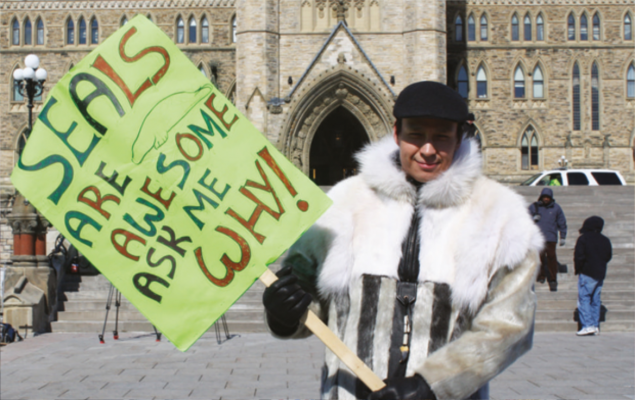 Importantly, value-added seal products are being created and sold, allowing hunters and their families to participate in the cash economy. Seal fur and seal leather are valuable materials used in traditional and contemporary clothing. Ground-breaking artisans, artists, and fashion designers are incorporating this sustainable material into their work, with stunning results.

Seal oil is becoming a popular supplement nationally and internationally, for its easily digestible and effective suite of omega-3s.

Revenue generated from seal hunting has been used by northern residents to purchase alternative food, shelter, hunting equipment and more to sustain families and communities.

The future of the People of the Seal

Today’s seal hunt is carefully managed and regulated. Practices are humane and seal populations are healthy and growing. Many northern communities rely on seal products—and many households throughout Canada and beyond are embracing them too.

The continuation of a sustainable seal harvest, with full use of the animal and the creation of products for sale on the market preserves and honours Indigenous cultures and their food heritage.

Learn more about seals and seal products in our online shop.